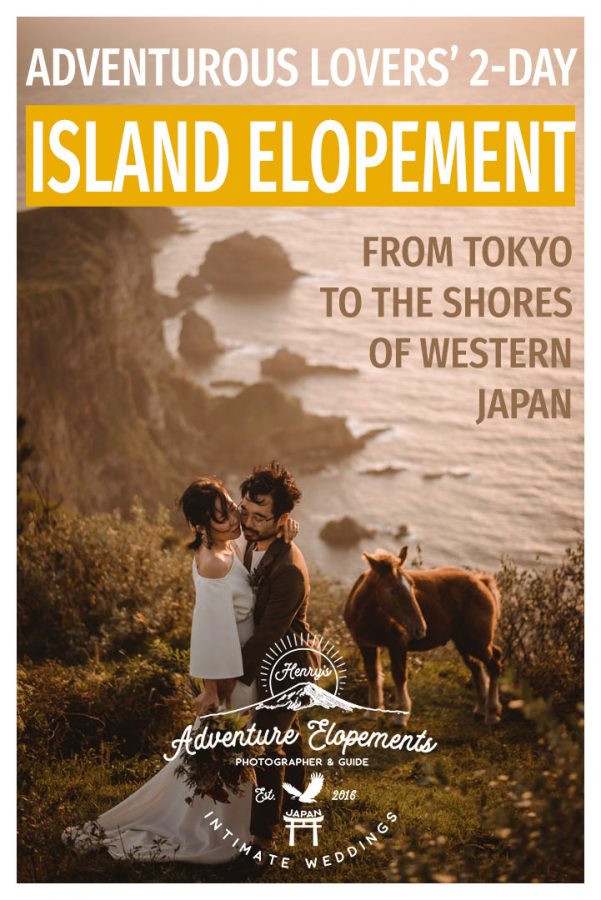 Japan is a beautiful country with such great natural diversity and with so many great places to choose from it can be hard to pick a spot for folks you’ve never met before.

Therefore my first step for any couple who books me for their elopement is to learn more about them ー not just about the image of their wedding day, but also about their lifestyle & likes, such as music, movies, whatever helps to get the idea of what shapes their world views.

One thing led to another, and from a choice of a couple of dozen different, all equally beautiful spots all over Japan, without knowing, they chose my favorite from the list, and planning for their island elopement could begin.

They are living in Tokyo, the same as I do, luckily Japan is so well connected, and whether you’re using public transportation or a car, you can reach any place with ease.

I helped and made a rough timeline for their 2-day island elopement. Nothing super detailed, just a guideline to make sure they don’t miss out on anything and always have enough time for themselves to soak it all in and not miss the best light for those important moments.

We met before boarding the ferry to the island. Their wish was to document the whole journey of their island elopement in an unobtrusive, documentary, journalistic style that they loved about my work. It’s so fulfilling and humbling at the same time to be able to get recognized in such way that someone would hire you to capture some of their most precious memories because of how you view the world around you and how you transfer their experience onto the photograph.

The ferry ride was such a shortcut to cutting you off from everyday reality and literally sailing you into the dreamland. The weather was perfect, and the views of the islands in the distance magical. We set on the outside deck just chilling, sipping coffee, enjoying the sunset and watching the seagulls floating around on the warm October winds.

From the ferry port, the bus took us to the small fishermen’s village. Arrival at dusk was dreamlike. I stayed at the family-owned guesthouse just a stone’s throw from the water. I took a stroll to breathe in the fresh, salty island air while my Japanese-style dinner was getting ready.

In the morning of the next day they came to pick me up by car and we went exploring the island, looking for some cool spots and the place where they would have their elopement ceremony. I always have my camera with me and we took some awesome candid pictures along the way.

A couple of hours later, we came back, chilled, met with a hair and makeup stylist that I help find for them, and went together for a lunch in a local ramen shop. Fresh local ingredients, a relaxed home-like atmosphere, and slow island life started to weave themselves into our hearts.

We returned to their guesthouse and preparations for the main part of their elopement started.

What the couple says about their island elopement experience

I returned back home and the impressions started to settle in. I hoped that the past two days were as unforgettable to them as they were to me.

They stayed by themselves to explore the nearby islands for a couple of days more.

The same night I glanced through the hundreds of photos we took and sent them some early previews. Immediately I received a reply and again in the next couple of days.

It’s a translation from Japanese and there are some expressions that were hard to translate into English, I hope you understand the meaning.

All of your photos are so exciting that they don’t touch the ground. It’s like a dream that such a wonderful photo is ours. It is difficult to select a favorite from the photos you sent us.

For about two days including traveling and location scouting, we had you take pictures at various places such as on the ferry and at the cliffs. We are able to re-live the moments and the excitement leading up to the wedding.

The hair and makeup artist that you recommended was so attentive, kind, and mades us feel so taken care of… and I fell in love with her styling sense.

Originally, I secretly wanted to go to Iceland and have a wedding in the magnificent nature while feeling the breath of my favorite Björk, Sigur Rós, múm, etc.

Just about that time, you from your location suggestions I learned about this island. It was a sign! It’s such a wonderful place, with a magnificent view of nature that you have never seen in Japan, and it is a series of wonders. Also, the local people were very kind and welcoming.

I regret not knowing earlier that such a fascinating place existed in Japan. It is now my favorite island that I want to visit again and again.

We will stay more and take our time to explore more this and the nearby islands.

Thanks to you, Henry, I am very happy to be able to create irreplaceable memories. I’m really glad to ask you to be our guide for our elopement <3

I got another message from the bride later on. Helping people to see themselves as others really see them is something I would never expect my pictures to do, but feels like it gives even more value and meaning than just documenting the moments in time.

The scenery, the light, the temperature, the air, the scent…. pictures brought back all the memories of our time on the island for us.

It was like going back in time to that day when we made our vows to each other.

Every moment was beautiful, dazzling, and radiant. I have always been unsure of my looks, but seeing myself in your photos has made me love myself. The black and white photo of the veil is my favorite.

I hope you enjoyed viewing these pictures as much as I enjoyed making them. 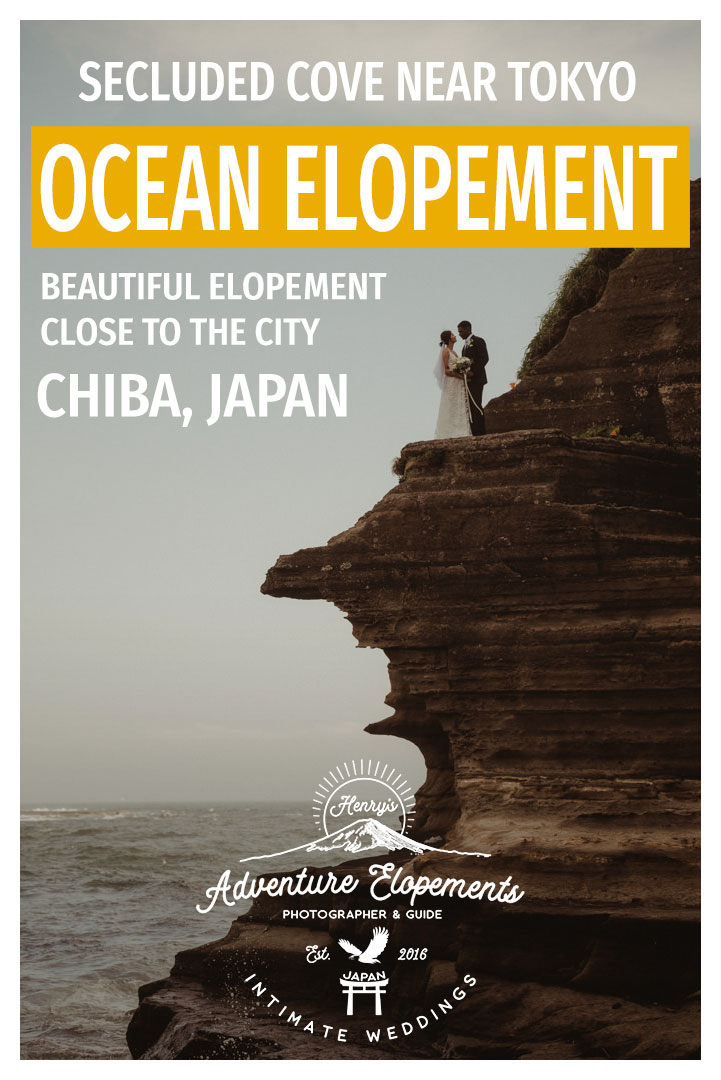 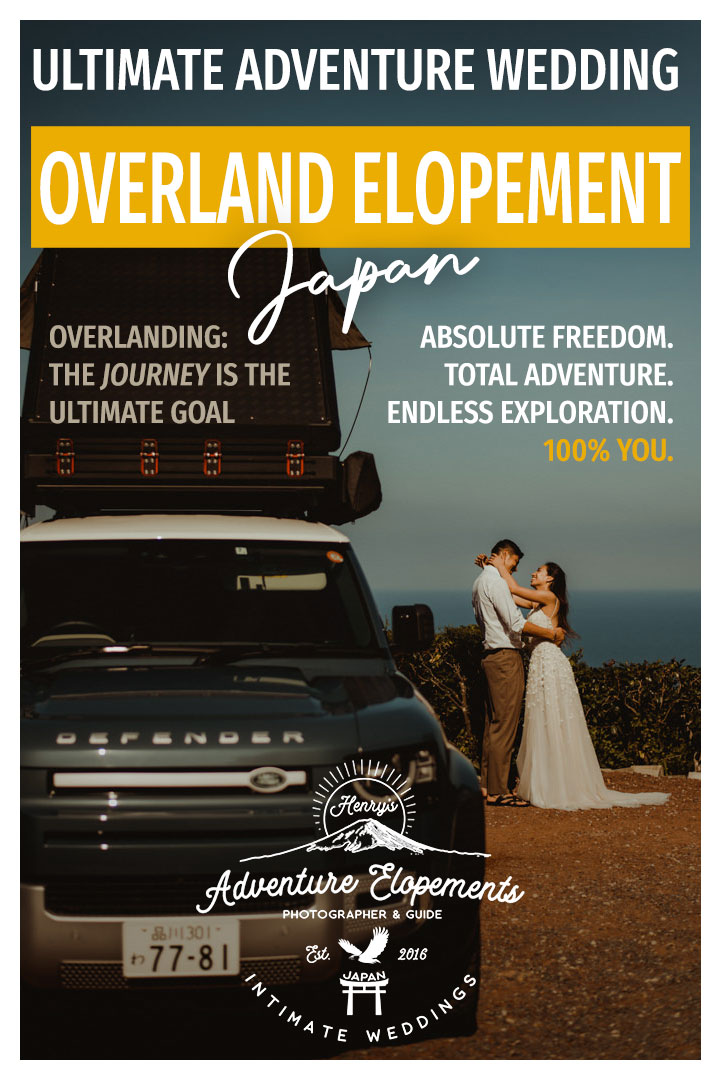 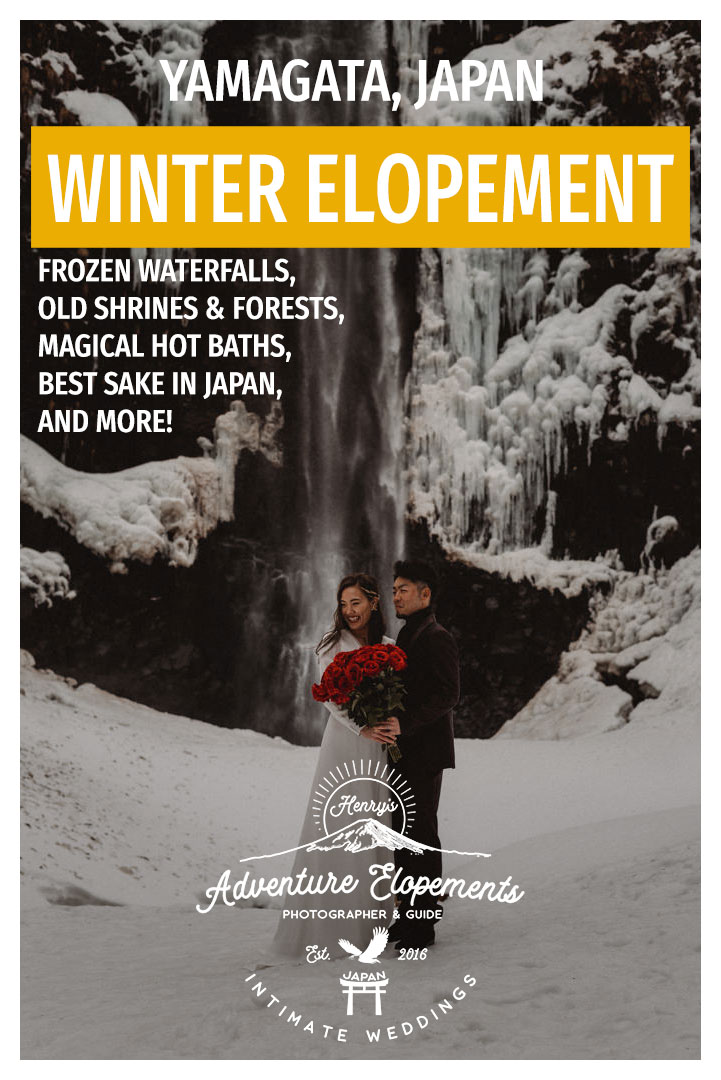